Geri has dedicated his life to the field of counter-terrorism and Home Land Security (HLS) for his native country of Israel. He is a combat veteran of the Golani Infantry Reconnaissance Unit of Israel’s Defense Force (IDF). Geri is a retired Captain that served as a Company Commander and Assistant Chief of Staff for Operations, as well as G3 in charge of securing the northern border of Israel. He participated in numerous counter-terror operations behind enemy lines, and the Lebanon War.

After his service in the Army, he was recruited by the General Security Services (GSS) of the State of Israel and held many positions with HLS, including Chief of Security at the Israeli embassies in Venezuela Mexico, Quito, Lima and Switzerland.

Later Geri would join the GSS Counter-Terror Academy, where he trained generations of security personnel in the fields of Embassy Security, Aviation and Air Marshals Security, Maritime Security, VIP Security, and Critical Infrastructure Security. During this time, he also worked for the Security Analysis Unit of Israeli Embassies, where he was charged with the detection and analysis of the threats, risks, and determining the required security levels at Israeli Embassies worldwide. He accomplished all of this while serving an Air Marshal for El Al Airlines.

Geri is currently a student at the American Public University, where he is majoring in HLS and a Senior Instructor at the IMI Counter-Terror Academy, which is certified by the Israeli Police and minister of Internal Security. It is at IMI, where he uses his life experience to educate and train new generations of professionals in counter-terrorism tactics, security, and HLS.

Under his leadership, the IMI has certified countless cadets in tactical response and firearms based on standards mandated by the Israeli Government. He is an expert in the field of the tactical response to active shooters and the Israeli shooting and fighting technique (Krav Maga). Geri also holds instructor certifications from both the NRA and the USCCA.

Originally from Israeli but raised in North America, Nir has a professional background that spans twenty years of service in Military Special Operations, Law Enforcement, and Security Operations.

Nir served in the Israeli Special Forces Central Command Counter Terror Unit and Counter Terror School. He held several positions, including Operational Team Leader on the Counter Terror Unit, responsible for various missions ranging from high-risk searches and arrest operations of wanted terrorists to active terror attack interventions. In the Counter Terror School, Nir was a Lead Instructor on the Hostage Rescue Section in charge of training the IDF’s Hostage Rescue Units in all subjects related to Hostage Rescue operations in friendly and hostile environments. He was also in charge of the CT school’s International Training Section where he was in charge of training the Special Operations Units from various countries around the world, including the United States, that would attend the IDF CT school for specialized training in preparation for high-risk deployments to Iraq or Afghanistan. Nir was also the CT school’s designated Subject Matter Expert for Active Terror Attack/Active Shooter Intervention. In Canada, Nir served as an Operator on a Nuclear SWAT/Tactical Unit, a Constable with a Transit Authority, a Use of Force and Tactical Instructor at a Police Academy, and the appointed Managing Director of the Canadian Tactical Officers Association. In the United States, Nir served as a Police Officer assigned as a Deputy Commander of a Tactical Unit, and he is currently a Deputy Sheriff.

Nir also has over twenty years of experience in the Close Protection field. He was in charge of heading up the security details for members of the Israeli Government traveling to Canada, high-profile corporate figures, and celebrities. Nir has a background of over 35 years in Martial Arts/Defensive Tactics and holds a 3rd Degree Black Belt in Krav Maga, a 2nd Degree Black Belt in Tae Kwon Do, a 1st Degree Black Belt in Hap Ki Do, and he is an instructor in Jeet Kune Do. To date, Nir has trained thousands of Soldiers, Police Officers, and Security Agents from around the world in various subject including Hostage Rescue operations, SWAT/Tactical operations, Active shooter intervention, Close Protection operations, Terrorism and Suicide Bomber recognition and engagement, Counter ambush, Tactical shooting, Use of Force, and Krav Maga.

Itamar is head of Civilian Training; he is an expert in physical security.

As part of his service, Itamar served as a team member of a special reconnaissance unit

A veteran of the Second Lebanon operation, Itamar served as a Private security contractor to secure critical infrastructure and VIP/close protection for the Ministry of Defense and other Ministries in Israel, a job which required high-security clearance and involves undercover work.

Itamar is the head of security for Jewish communities; his job includes determining and implementing the security level for the community schools and synagogues, securing foreign Diplomats, and VIPs in Florida. Managing a team of up to 40 employees. In charge of risk assessment, security mission planning, annual budget plan, coordination with federal agencies. Among them are Israeli ministers, members of parliament, Jewish organizations, and more.

TOG-US, LLC, provides the most comprehensive concept based tactical training to Corrections and Detention Special Operations Teams, bringing agencies and departments the best tactical training in the industry.

Providing real live operational experience in correctional special operations, TOG-US offers only the best instructors in the industry.  You may reference the webpage (TOG-USTraining.com) 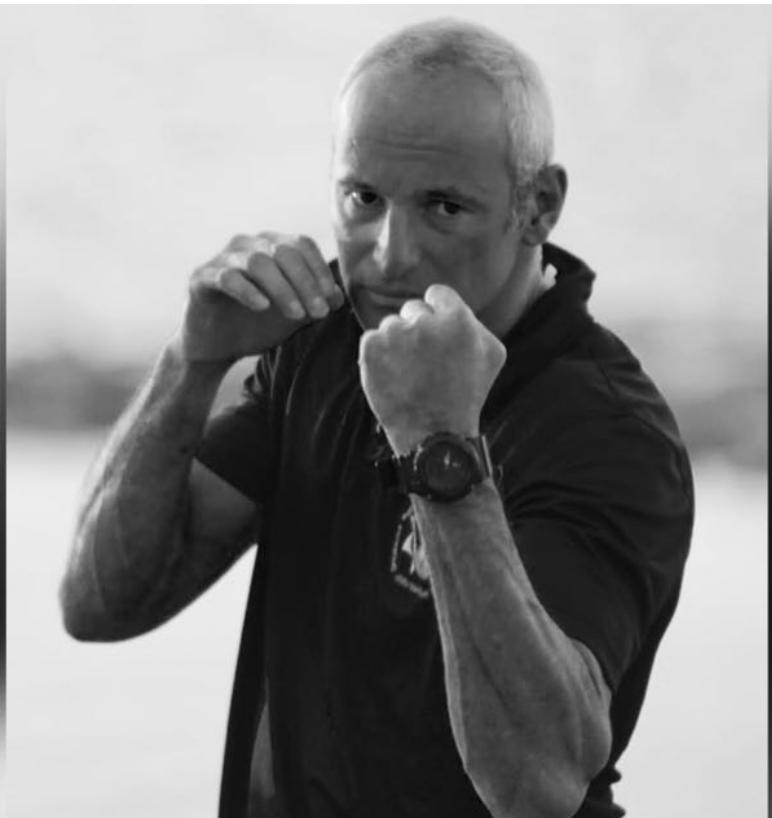 PHILIP DAVID GLIKMAN TAUGHT KRAV MAGA FOR MORE THAN 20 YEARS IN FRANCE & NOW IN THE USA.

PHILIP DAVID GLIKMAN had a school in Paris (France) with over 500 students and 8 instructor assistants, where he taught law enforcement personnel, military units and civilian, men, women, teenagers and children.

As the first in France to create and administer a course to teach self-defense only to women, PHILIP DAVID GLIKMAN has been featured in many reports on various national TV channels for his specialized work with women.

PHILIP DAVID GLIKMAN is in charge of the International development of the OIS Emeth KRAV MAGA System and the training of future instructors & since September 2014, he is in Miami, Florida the official Technical Director of the System for the United States of America.

Find out more or adjust your settings.

This website uses cookies so that we can provide you with the best user experience possible. Cookie information is stored in your browser and performs functions such as recognising you when you return to our website and helping our team to understand which sections of the website you find most interesting and useful.

Strictly Necessary Cookie should be enabled at all times so that we can save your preferences for cookie settings.

If you disable this cookie, we will not be able to save your preferences. This means that every time you visit this website you will need to enable or disable cookies again.